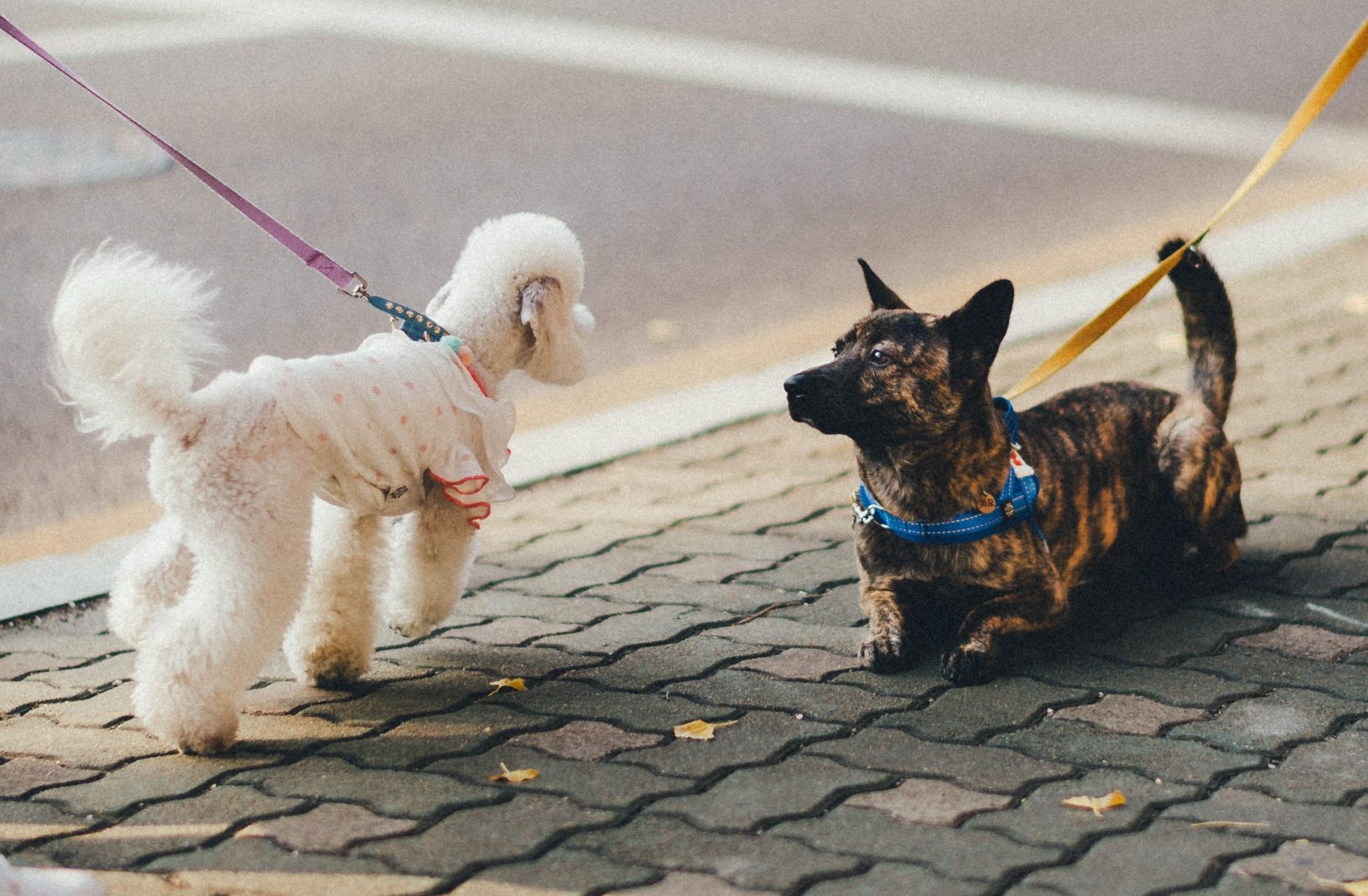 First impressions are everything when meeting someone new. It can affect the way you interact with that person moving forward. The same is true of dogs meeting each other for the first time. Unlike us humans, dogs have an animal instinct that can be triggered and cause them to react when something new is thrust upon them. It’s important that dogs get accustomed to each other slowly so they are not overwhelmed. Follow this guide when introducing dogs for the first time.

Don’t: Never allow dogs to meet for the first time by just throwing them in a room together, and don’t force dogs to interact. Every dog has their own personality and temperament, and might not like how another dog approaches them. They could feel threatened and snap at the fun-loving energetic dog who just wants to play with them.

Do: Take turns letting both dogs smell each other’s behind. According to Behavior Vets of New York, dogs can learn about another dog’s identity, gender, health, mood, diet, whether they’ve met before, and more from just smelling each other’s behind. Ideally you would want a second pair of hands to help hold both dogs. Once they have sniffed each other let them play while supervising them. Avoid leaving dogs who are unfamiliar with each other unattended.

If food and water is offered to the new friends…

Don’t: Avoid letting a dog approach another dog who is eating or drinking water. Some dogs guard resources like food and water, and will likely lash out at another dog who gets near them.

Do: Separate each dog while they are eating and drinking water.

Remember to be present and patient when introducing dogs to each other for the first time. Notice how your dog reacts to certain things so you have a better idea of what they like and don’t like.